In 2018, Dr Steve Meller was at theAsia Pacific Energy Leaders' Summit conference in New Zealand when the Prime Minister of one of the Pacific Island nations experiencing rising ocean levels due to climate change asked: “What would you all do if you had 12 months left?”

It was a rhetorical question but at that point, Dr Meller knew that he has a solution that could make a difference for the future of the planet. That urgent mission is what fuelled him and his New Zealand cofounders to start CH4 Global. Simply put, CH4 Global was born out of the necessity for urgent action against climate change – and urgency remains the leading tenet by which it operates as a company.

“There are three things that came together, which led to the birth of our company. First, I was aware of the underlying technology platform, Asparagopsis, as I had been doing some consulting work, under NDA, for the Australian Government’s leading science agency, CSIRO, establishing the top disruptive technologies in their vast portfolio,” explains Dr Meller.

“But, back in 2017, nobody really spent any time on methane as a greenhouse gas – the focus was entirely on carbon dioxide mitigation.

“Secondly, until recently, I lived in California where State Bill 1383 had been put in place that mandates a minimum of 40% reduction in methane emissions for the 1.8 million dairy cows – and there is no way to achieve that today with existing technologies. Finally, I was in New Zealand where the newly elected Prime Minister (now re-elected) has said she wanted to take NZ carbon neutral by 2050 and that was going to be near impossible without a large and dramatic impact on the methane emissions from ruminant animals because NZ has the highest methane output per capita of any country on the planet.”

Currently, there are about 1.5 billion cattle in the world, and that number is growing as demand for beef and dairy increases. Every cow currently releases 70 to 120kg of methane each year. Together with other grazing animals, cows contribute a significant amount of the annual methane gas level towards global warming – about 12.9 gigatonnes of carbon dioxide equivalents on an annualized basis.

Reduce methane, save the planet

According to the latest report by the Climate & Clean Air Coalition and the U.N Environment Programme, reducing high levels of methane emissions is a key component in addressing the issue of global climate change with urgency. The seminal report highlighted that "cutting methane is the strongest lever we have to slow climate change over the next 25 years and complements necessary efforts to reduce carbon dioxide."

Over the next 20-year period, the UN defined methane as up to 86 times more potent than carbon dioxide at warming the planet.

For many climate advocates in the world including Dr Meller, it has been made clear that efforts to accelerate decarbonization technologies like wind, solar, battery storage, carbon capture and many others that are focused on fossil fuels and CO2, are insufficient to have a meaningful impact at scale within the critical timeframe of this current decade.

“The recent UN report is pivotal. It shines the light on methane as simply the key to climate change mitigation in this coming decade. We still need to work on CO2 mitigation at the same pace but the payoff for methane is in the current decade. It’s also well documented that the single largest source of anthropogenic methane on the globe today is methane from agriculture, which is almost twice that of oil and gas. Most of that methane from agricultural source is methane from ruminants,” explains Dr Meller.

Fortunately, there is a technology that can potentially address the issue of methane emissions on a global scale. It’s based on a red seaweed called Asparagopsis. Native to Australia and New Zealand where independent, peer-reviewed and published scientific data unequivocally show that feeding less than 0.5% of the diet for dairy or beef cows results in more than a 90% reduction in methane output.

Dr Meller explains that some recent discoveries by CH4 Global enable scaling the platform and begin to supply cows on a commercial scale.

“One key has been the discovery of how to trigger the species to produce spores on demand. That means we can control the reproduction of the species, build efficient hatcheries for the seed stock and reproducibly grow, at a large scale.

“The other key discovery has been determining how to process and formulate the mature seaweed plant to preserve the key volatile actives inside the seaweed when processing it for final use in the cow. That’s been quite a task and we believe we may have a good handle on that, enabling us to process very large amounts of seaweed at scale.”

What’s interesting is that the benefits of growing Asparagopsis at a large scale in the ocean and using the processed and formulated product for methane mitigation are plentiful. For example, seaweed naturally uses nitrogen and phosphorus in the ocean as nutrients – these can be high in some areas from agricultural runoff, aquaculture of finfish or areas in the vicinity of city effluents. Asparagopsis 'cleans up' this excess nutrient level. In addition, the other nutrient seaweed uses is dissolved carbon in the water – that’s CO2, which means you can have a scaled impact on reducing ocean acidification as well.

A win for farmers, a win for the planet

One question that could potentially spark a debate in implementing this Asparagopsis-based technology is its impact on local farmers, especially those who depend on cow farming as their main source of livelihood. And on this, Dr Meller is beaming when he explained: “On land, cows using asparagopsis are not only producing dramatically less methane, but data published so far indicate that their feed conversion is more efficient. That means you have the potential to get to the same level of productivity of a beef or dairy cow with less feed – an important cost savings for farmers. Those same farmers are also likely to be able to command a premium for 'low carbon' beef and milk. In addition, we are working to establish a methodology for farmers to earn income from ‘carbon credits’. All this fits well with our tenet of ‘supporting farmers’ as we want to make this financially easy for farmers to adopt. ”

Looking at the big picture, there is clearly a major impact on the planet when less methane goes into the atmosphere. At scale, that impact may spell the difference between success and failure in our global fight against climate change and reaching the UN-set goals for 2030. That’s also the very reason why CH4 Global is on an urgent mission to scale. There’s so much at stake.

Dr Steve Meller will be speaking at the upcoming Impact X Summit on Climate Growth, happening on 21-22 September in Sydney. This summit will bring Australia’s most promising and exciting innovators to the stage and will directly address the decarbonisation and resilience opportunity and connect technology founders and carbon service providers with the investors, buyers and partners they need to scale. To learn more or to register to attend the conference, click here. 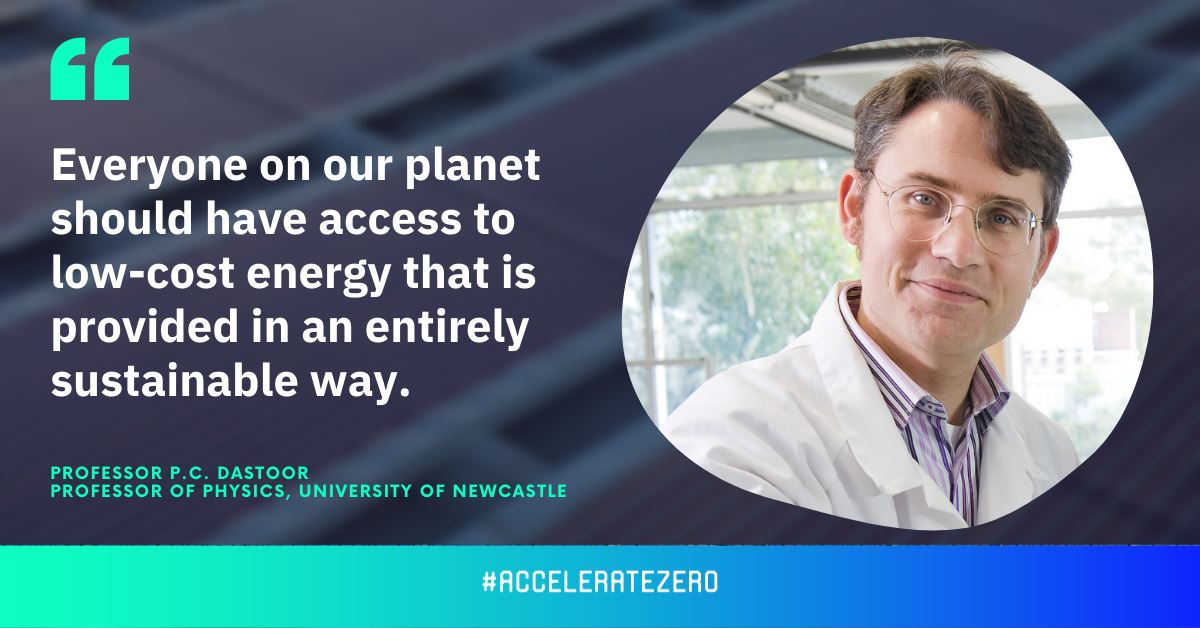 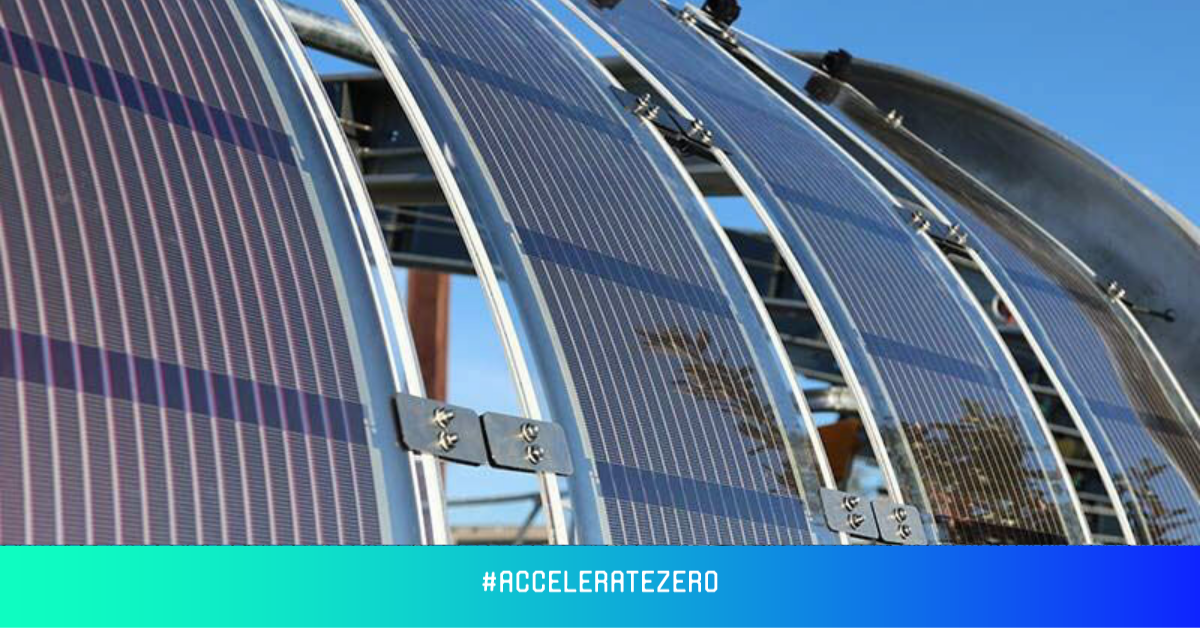 Is Printed Solar technology the future of low..

The importance of low-cost energy can never be questioned – and from an early age, Paul Dastoor, Co-Founder of Kardinia Energy already understood this. As a young Physics lecturer who had just arrived...

Nusqe Spanton, Founder and CEO of Provectus Algae, spent 17 years working on some of the latest aquaculture operations in the pearl oyster industry. A key part of successful oyster farming is identify...